In 1988 the Mint struck a few trial platinum specimens, but never considered producing a platinum issue until the beautiful Princess Dala dies were in hand. So in 1991, BVNH selected the new 17mm one tenth ounce Princess die to test the minting qualities of platinum in preparation for a future platinum issue. A special platinum reverse “hapaumi” (one tenth of an ounce) die was cut that featured the Hawaii Puela that was the center-most design element of the Hawaii Crest that was the center-most element in the Hawaii Coat of Arms. The idea was to use the most sacred symbol, the Puela, with the most precious of the precious metals. Everything worked great. The test platinum minting was a success. But it was not until 1997 that the complete Hawaiian Platinum Puela would be issued in all five sizes. The 1991 Princess Puela platinum specimens weigh one tenth of an ounce of .9995 fine platinum. These trial strike Hapaumis have never before been released. NOT PREVIOUSLY OFFERED FOR SALE

Skip to the end of the images gallery 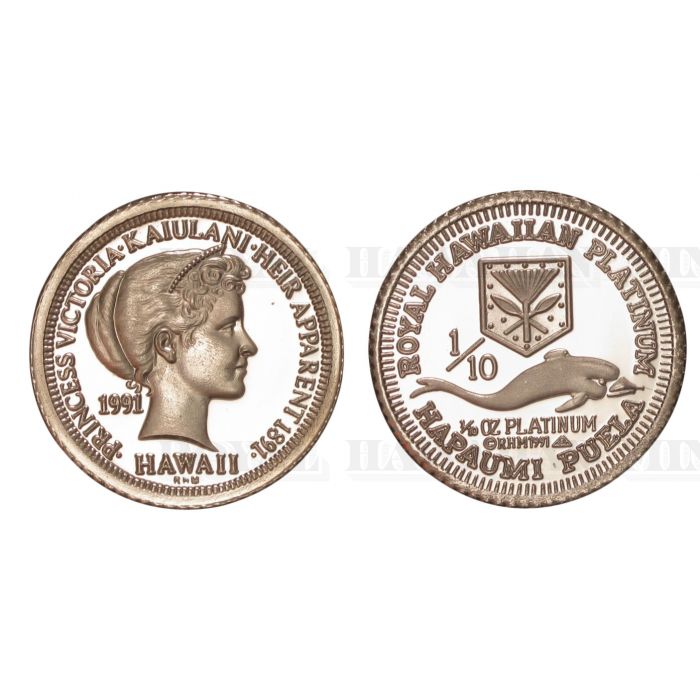